Hey!  Great news!  The rainy season is ending and the dry season is starting!

In the coming months, the province of Guanacaste where Tamarindo is located will receive little or no rain.  The weather forecast from now until sometime in May is:  HOT AND SUNNY!!  This is a great time to book a Tamarindo vacation rental and come enjoy the sun with us.

Following is a month-by-month idea of what to expect during the dry season in Tamarindo. 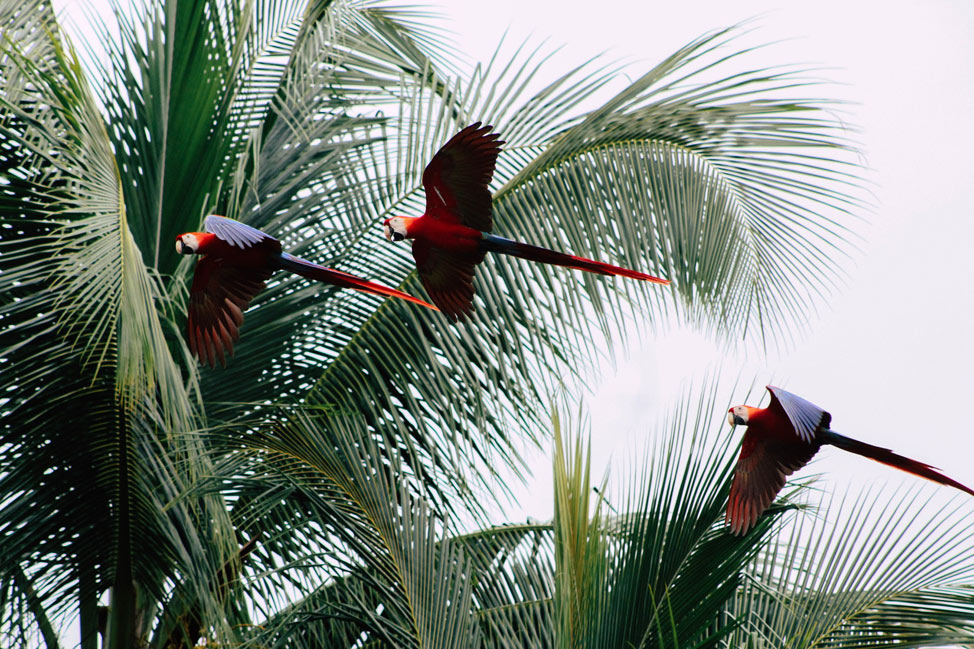 December is gorgeous.  The countryside is still green from the rains that fell in the rainy season, but the sky is blue, and the wind is off-shore in the mornings.  It still sometimes turns on-shore during the middle of the day, but this does have an advantage that you might not be aware of.  Yes, it will mess up your mid-day surf, but it keeps the water temps warm by pushing the top sun kissed layer of water toward the beach.

December evenings can be cool enough to be comfortable even without a/c.

December marks the start of the Papagayo winds.  Papagayo winds are a seasonal north wind that blows through the western regions of Costa Rican and Nicaragua from December through March.  This pattern is so consistent that locals exclaim, “It feels like Christmas!” every time a stiff north breeze begins to blow.  Expect sun and lots of cooling breezes in December in Guanacaste.

December is a great month to try your luck at Tamarindo Sportfishing.

January is hotter than December.  The mountains are dry by January, while a little green may remain in the countryside in low-lying areas that retain a bit of water.  Trees drop their leaves and take a little rest. The breeze that started in December has increased into a full-on wind that often blows 24 hours a day.  The ocean water temperature drops considerably as the off-shore wind pushes the sun-warmed surface layer out to sea and the cold water wells up from underneath.

Expect hot.  Expect wind.  Expect sun.  January is a great time to escape the cold of the north and head to the tropics.

In January, get in on a Tamarindo turtle tour to watch the Baula sea turtles lay their eggs.

February is hotter than January.  It is also windier.  In January, you thought it couldn’t possibly get any windier, but guess what.  It can!

By February, the countryside in Guanacaste is dry.  The trees that dropped their leaves at the start of the dry season do the last thing you would expect:  they burst into bloom.  Throughout the month of February, driving through the dry Guanacaste country side, you will find the hills peppered with pink trees, yellow trees, purple trees, white trees…  It’s a different aesthetic than the lush green of the rainy season, but just as beautiful in a more surprising way.

Take an Arenal tour in February.  Chances are good for clear weather and great volcano views.

March is hotter than February.  In February, you thought it couldn’t possibly get any hotter, but guess what.  It can!  March is kind of a wild card, but here’s what you can be sure of:  it’s going to be hot, sunny, and windy.

At some point in March, we often begin to note the approaching change of seasons back to the rainy pattern, although don’t expect to get wet.  The ocean water is still spring-suit temperatures because of the months of off-shore winds, but those winds begin to calm in March.  They may stop altogether for several hours or several days.  The sky clouds over from time to time and the air begins to feel humid.  Locusts start to sing in the trees.  Now locals say, “It feels like Semana Santa!” which means Holy Week, or Easter.

During your March visit to Tamarindo, spend a day at the Buena Vista Lodge and Adventure Center at the Rincon de La Vieja National Park.  It will be a day you will never forget!

We may or may not get our first rain shower of the year in April.  It still isn’t the rainy season, so don’t worry.  The trees in Guanacaste somehow sense the rains approaching, and push bright new leaves even though not a drop has fallen.  The Papagayo winds that sandblasted everybody at the beach and turned the water chilly at the beginning of the year are pretty much over by April.  Mornings and evening breezes are off-shore, and during the day wind direction is 50/50.

We kind of hate to say this, but April is hotter than March.  It’s really hot.  If you love to be hot, you should plan to come to Tamarindo in April.  It will be perfect for you.

If you visit us in April, cool off with a Monteverde tour of the mountainous regions and cloud forest.

If the rains haven’t begun in earnest at the end April, they will most likely begin in May, thus bringing an end to the dry season.  And how do Tamarindo locals feel about the end of the dry season?  We love it just as much as we love the beginning of it.  There’s only one thing we love as much as when the rainy season ends, and that’s when it starts again!

We love the dry season’s sunny days, crisp Papagayo winds and clear, starry nights.  But by the time May rolls around, we’re ready for a good thunder storm to cool us down, settle the dust, and bring the color green back to Guanacaste.  We’re ready to put away our spring suits and surf in just our bathing suits.  We’re ready for a break from the wind and happy to enjoy the lazy cover of afternoon clouds.

Be sure to take a Tamarindo Snorkeling tour during your May visit.  The water should be warm and clear.

There’s no wrong time to visit Costa Rica or Tamarindo.  Each month of the year has its own magic.  With the dry season coming on strong, book your trip now for guaranteed sunshine and good time.  Find out what your own favorite thing about the dry season in Tamarindo is!